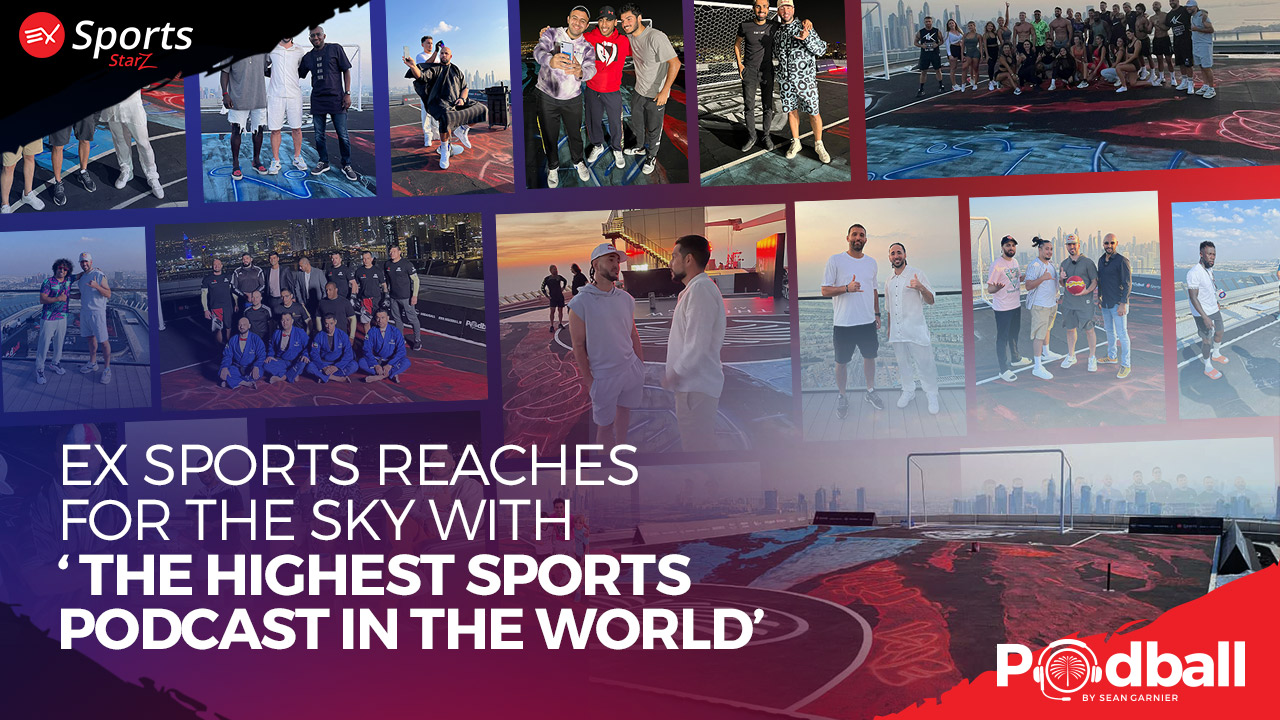 EX Sports Reaches for the Sky with ‘The Highest Sports Podcast in the World’
EX Sports has successfully completed the filming of its exciting new Podball Podcast series. Dubbed the ‘highest sports podcast in the world’, the 16 episodes of the series were filmed 240 meters in the air on the roof of Nakheels “The View at The Palm” on Abu Dhabi’s iconic coastline between the 14th of November and 18th of December 2022.

Hosted by former freestyle football world champion, Sean Garnier, each episode of the Podball series featured one or more high profile guests from the world of sport, including ex-professional football stars, current world champion athletes, pro-basketball players, e-sports legends, iconic social media content creators and more. After appearing as guest on the first episode, MMA pioneer and entrepreneur, Tam Khan, went on to serve as co-host on a number of other episodes during the series.

As part of the Podball podcast series, EX Sports also partnered with TKMMA, Platform Studios and Palms Sports to hold unique exhibition events on the roof, including an MMA Bootcamp, Sunset Yoga and a Jiu-Jitsu Exhibition.

Behind the scenes clips and unique moments from the Podball podcast series have already generated millions of views on social media.

Series 2 of the Podball podcast is scheduled to be filmed in the first part of 2023. However, the location for Podball Series 2 is yet to be confirmed.