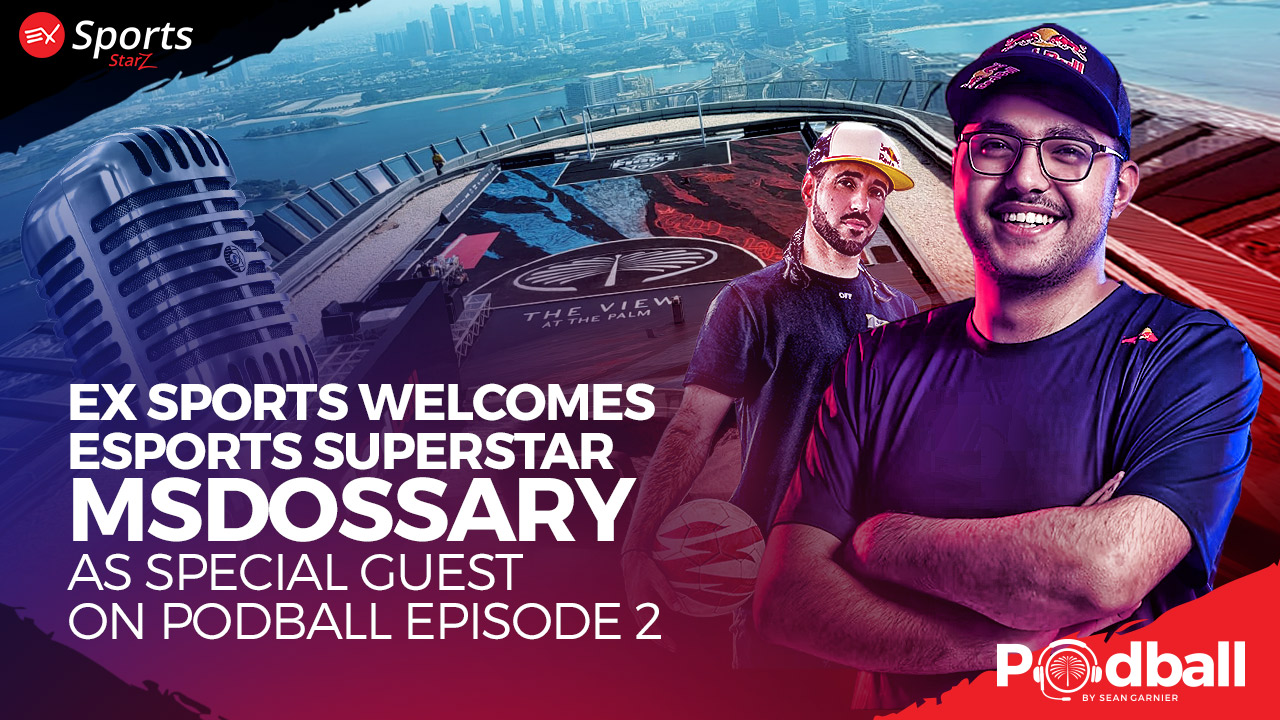 EX Sports presented the second in its exciting series of Podball celebrity podcasts from the rooftop of the stunning View At The Palm on Dubai’s iconic Palm Jumeirah. Hosted as usual by Red Bull global athlete and street football legend Sean Garnier, Podball episode 2 featured a “battle of world champions” as it welcomed very special guest Musaed 'Msdossary' Al Dossar.

Competing under the name 'Msdossary', Saudi Arabian national Musaed Al Dossar is an e-sports superstar who has firmly established himself as one of the best FIFA players in the world since he burst onto the e-sports scene in 2018. Now with a host of tournament wins to his name over the past four years, Msdossary is a three-time FUT Champions Cup winner and the only person to have won back-to-back Xbox World Championships in FIFA's history. In addition to bagging an Esports Player of the Year Award, Msdossary is also a FIFA eWorld Cup winner. Having been crowned FIFA eWorld Cup champion in 2018, Msdossary looked set to win a second title in 2020 after impressing again in the early rounds, only for the FIFA pro scene to be put on hold during the COVID-19 pandemic.

During the podcast, Sean asked Msdossary about his early life playing football and his route into e-sports. Like many who struggle to achieve their dreams as professional football players, Msdossary initially played FIFA as an extension of his love for the sport but soon found that he excelled in the e-sports environment.

Keen to see the master in action, Sean invited his fellow Red Bull Athlete to a game of FIFA. While the invitation was a friendly challenge, the game was to be a battle of world champions, with Msdossary a former FIFA World Champion and Sean a two-time Football Freestyle World Champion. However, Sean was no match for his guest, as Msdossary unsurprisingly won easily playing as Qatar against Sean’s France.

As a regular feature in the Podball series, Sean then challenged Msdossary to play the trickshot game in the Urbanball demo mode. At the end of the Podball series, the guest who has the highest score will win $10,000 USD to be donated to a charity of their choice. Despite Sean doing his best to distract Msdossary with questions, the e-sports superstar showed his skills by scoring an impressive 3,470 points to go to the top of the leader board.

Watch out for more exciting Podball episodes over the coming weeks.