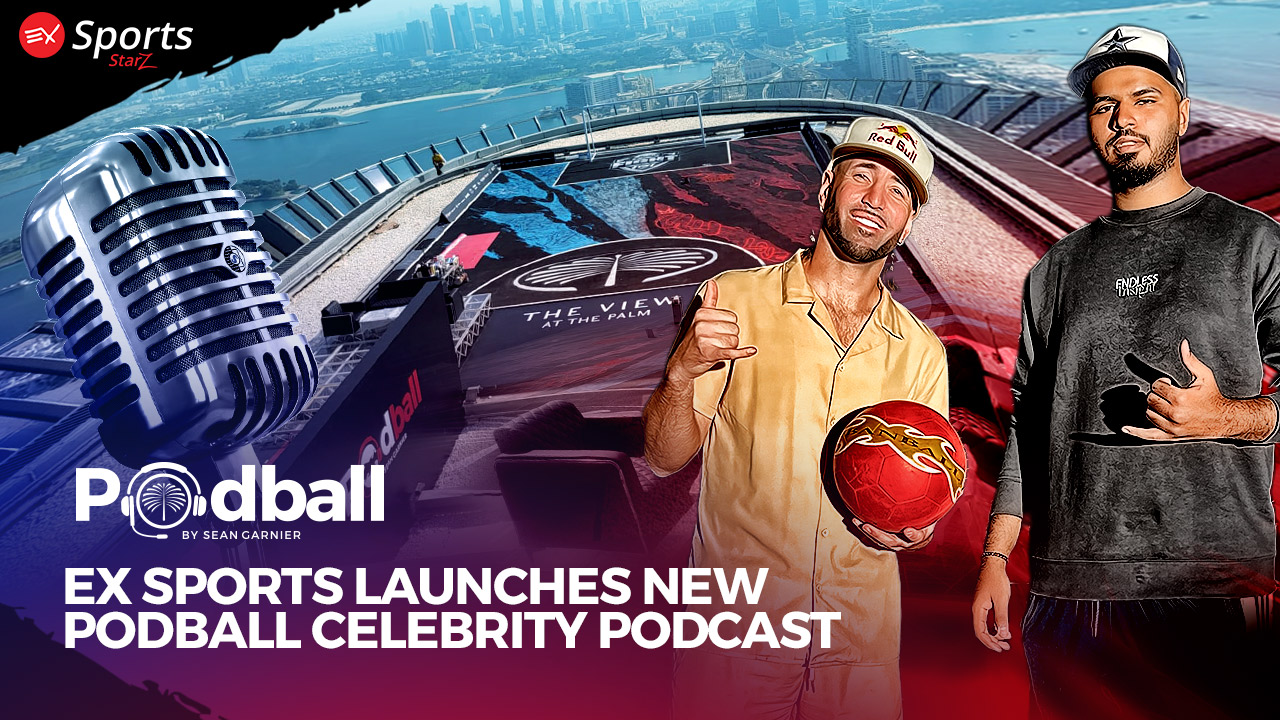 EX Sports launched its new Podball celebrity podcast when it filmed its first episode from the rooftop of the stunning View at The Palm. Hosting the Podball series, Red Bull global athlete, two-time freestyle world champion and sports personality Sean Garnier was joined by co-host Tam Khan and special guest Islam Magdy Mohamed.
As a successful entrepreneur and owner of TK MMA, Tam Khan is widely regarded as the pioneer of MMA in the UAE, while Islam is a UAE based artist, part of Black Ink, who painted the Urbanball pitch.

During the podcast, the three talked about the construction and painting of the pitch, Sean shared the back story behind the pitch and his inspiration for having it created. It was also confirmed during the podcast that the pitch will be donated to a Favela in Brazil after the world finals of the Urbanball Fightball tournament.

Tam also talked about his background and how he got into MMA, while Sean discussed some of his challenges as a footballer and how he became the global superstar he is today

To cap off the first episode, Tam and Islam played the Trickshot mode of the Urbanball game, with Tam scoring 400 and Islam racking up an impressive score of 2,560.

At the end of the Podball series, the guest who has the highest score will win $10,000 USD to be donated to a charity of their choice.

Watch out for more exciting Podball episodes over the coming weeks.