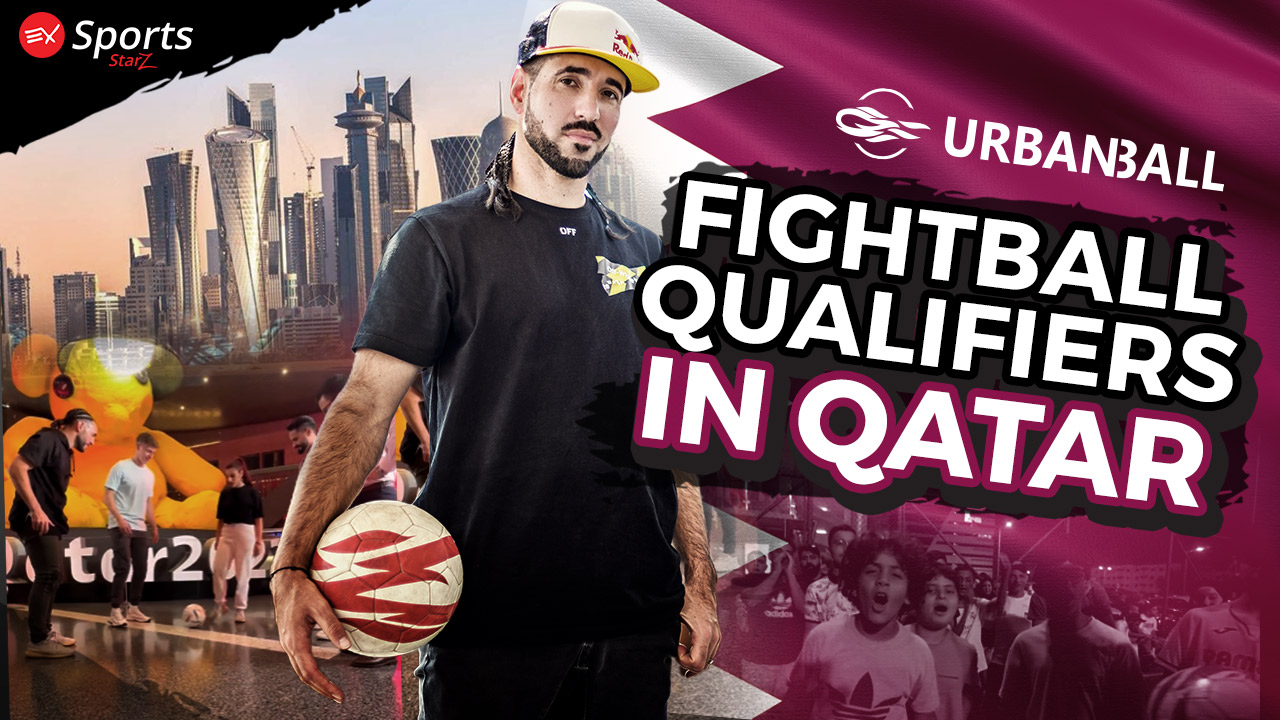 The highly anticipated GCC Urbanball Fightball Finals Tournament moved a step closer last week when tournament organizers EX Sports and its partner Urbanball held the latest round of qualifiers in Qatar. With some of Qatar’s most exciting street football stars battling it out to win their place in the finals later this month, the Qatar qualifiers were overseen by Urbanball CEO and freestyle football legend Sean Garnier.

While the level of competition was high and the judges were impressed by the overall standard of the players who took part in the Qatar qualifiers, there could be only one winner and it was Hatim who came out on top. Hatim will now take his place in the GCC finals at the iconic Burj Park in Dubai on the 12th of November when he will represent his native Qatar. The GCC Urbanball Fightball Finals Tournament is being held in collaboration with the Gumball 3000 supercar rally in what promises to be an action-packed weekend of superstars and supercars.

Providing extra entertainment, Urbanball CEO Sean Garnier was joined by some of the biggest names from the world of freestyle football who thrilled the enthusiastic crowd in Qatar with a demonstration of their amazing skills.

EX Sports is a full circle fan engagement platform centered on an NFT Marketplace, Live Streaming, Gaming and E-Commerce. A core mission of EX Sports is to promote athletes in ‘niche’ sports, such as muay Thai, jiu jitsu, powerlifting and street football. Although many of the leading athletes in these sports have huge fan bases, they are largely overlooked in comparison to athletes in more traditional or established sports, such as English Premier League players, NFL pros and NBA athletes, many of whom are currently seeing significant financial rewards from their ventures into the new and lucrative world of NFTs and digital collectibles. With a focus on leveling the playing field, EX Sports is committed to fighting for these ‘underdogs’.

A comprehensive street football ecosystem, Urbanball features a play-to-earn mobile game, NFT collectables, 1-vs-1 ‘Fightball’ tournaments, micro-events, e-commerce and talent management, all of which are fully interconnected. Led by Sean Garnier, the athletes who have signed to the brand include former and current world Panna and Freestyle football champions, who together have more than 30 million followers in their social media accounts, reflecting the EX Sports philosophy of supporting underrepresented but hugely popular athletes in niche sports that tend to be overlooked by the mainstream media.