Sports in the time of restrictions - Russia & Ukraine Conflict 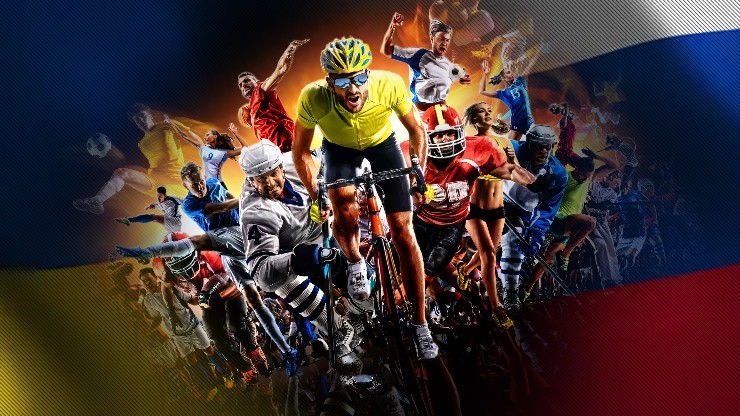 Bans and Sanctions have been imposed on Russia, in serious attempts to practice soft power against the country. With FIFA and UEFA, football’s largest and most influential governing bodies, banning all Russian club and national teams from international competition, the sports industry has been widely affected in Russia.

The Russia-Ukraine conflict also put global sport assets worth nearly $4 Billion up for sale. English giants Chelsea FC, which is owned by Russian billionaire Roman Abramovich, was up for grabs with the UK starting to impose financial sanctions on wealthy people with ties to the Russian government.

What does this mean for sports and the future of it?

On February 28, the International Olympic Committee’s executive board recommended the ban of Russian athletes and officials. Russia has since been suspended from competing in football, basketball, figure skating, among many other sports.

The results are going to be significant, affecting all 16 teams in the Russian Premier League, including Spartak Moscow, who had been in the last 16 of the Europa League, with an upcoming match against RB Leipzig of Germany to advance to the quarterfinal.

Moreover, the Russian Premier League will face challenges in recruiting top players from other countries, whilst also causing fans’ disappointment, and thus noticeable reductions in ticket sales. Let us also not disregard the fact that those international sports games bring tremendous television revenue and global exposure, which will also potentially decline.

New FIFA rules will consider foreign players in Ukraine and Russia “out of contract” until June 2022 considering “the exceptional situation deriving from the conflict in Ukraine”. This could result in over €700m worth of talent exiting those countries.

According to CNR News, an online news site at NC State’s College of Natural Resources, the fact that players will not be competing against “the best” along with teams not having the money to support youth athletic development at a grassroots level, means that “it can take years and decades to recover”. “ Elite athletes” are not produced overnight.

The bans are certainly trying to push Putin in different ways, but Morgan Menahem, a top French sports agent tells SI.com, an American sports magazine,: “We’re talking about a country—a person, really—who is invading another country, who wants to be a superpower. We think they’re going to reconsider because their ice skaters can’t be in a championship?”

So many Russian athletes were expected to dominate the championships, instead, they were frozen out. Assistant Professors of Sport Management Taylor McKee says: “This is a difficult time for Russian athletes who do not necessarily have a say in what their government does abroad, so they end up being collateral damage”.
University of Pennsylvania Law School professor Mitchell Berman, who often works at the intersection of sports law and moral philosophy, states that practicing sports may be a “human right” for all athletes, suggesting that they should not be punished for their governments actions.
One of the sports worth mentioning is Tennis, where Russia produced many top tennis stars for many years. According to SI.com, Russia’s Daniil Medvedev became the world’s No.1 Tennis player during the week of the invasion, facing more questions about his country’s incursion than his triumph. While he answered: “Ask 10 people their opinion, you get 10 answers”, his wife Daria, wore the colors of Ukraine’s flag as she watched his matches.
In light of the ongoing 4-year ban over Russia’s previous doping violations, which runs until December 2022, Russian athletes are already banned from competing under the Russian flag internationally, but are still able to compete as neutral athletes or under the Russian Olympic Committee or their national federations.

Athletes gain great experience training and competing outside of their native borders. Likewise, native athletes learn about a new culture at the same time, becoming more tolerable of differences. In football, Brazilian legends like Ronaldo and Ronaldinho took their skills to Europe, which brought in new audiences and investment to the sport as a whole. England recruited a Swedish and Italian head coach for their National football team, hoping that foreign experience would bring a new dimension to their play. Whilst the war is something terrible, is it fair that innocent athletes and children, who are the future of sports, suffer as well?

War destroys lives and creates barriers, but sport has the power to unite and bring joy to the world.