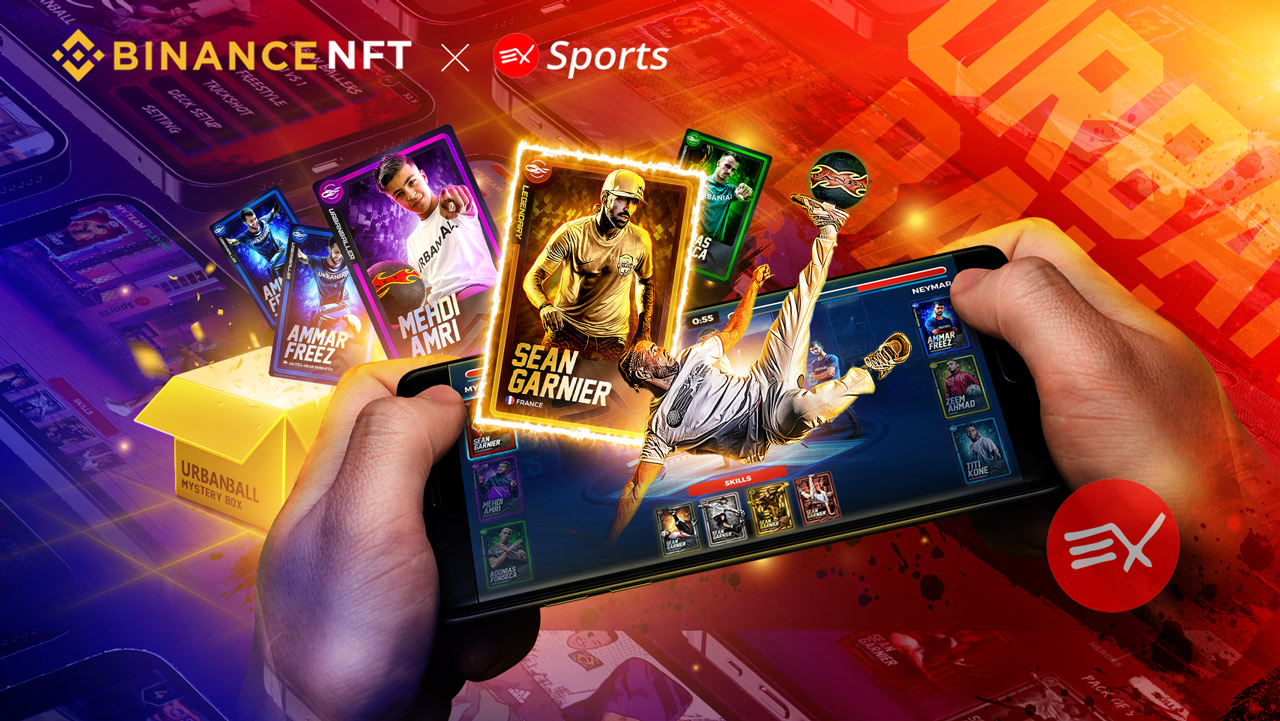 The first drop from the Urbanball Collection will be on the 3rd May 2022, with an IGO planned later this year.

It’s an unmissable time for ‘underdog’ athletes and overlooked talent in the world of sport and NFTs, as Urbanball will become the world’s first play-to-earn street football mobile game, built on the BNB Chain. The Urbanball NFTs consist of character and skill cards, which are required to play the game:


There will be a variety of game modes where users will have their characters compete in PVP and PVE battles, with winners earning special rewards.

This first-of-its-kind concept is led by 2x world freestyle football champion and internet sensation, Sean Garnier, who has 19 million social media followers and 2 billion video views. Garnier has teamed up with EX Sports, a fan engagement platform, to give real-life athletes increased exposure and new potential revenue through innovative NFTs that can be used in future games.

There are multiple NFT drops planned throughout the year in the run up to a full initial Game Offering (IGO), set for December 2022. Each drop will contain new characters based on high performers and winners of real life 1v1 football tournaments, such as; Adonias Fonseca, Mehdi Amri and Radheya Marca, who combined have over 5million social media followers. The tournaments give millions of talents the opportunity to feature in the game, whether they are in the favelas of Brazil, slums of Malaysia or Paris’s urban jungle.

The first NFT Mystery Box will consist of either a character or skill card from the United Kingdom Pack, and will drop exclusively through the Binance NFT marketplace on Tuesday 3rd May, 2022 at 3pm GST.

Alongside the NFT pre-launch, EX Sports recently hosted a unique three-day tournament in partnership with Dubai Tourism and Redbull, which saw five of the world’s top street football talents compete and showcase their incredible skills. Each of the talents were scouted and flown into Dubai from a different country, and many will be part of the initial NFT drop on Binance NFT, enabling them to earn royalty fees through NFTs.

The collaboration between Binance NFT and EX Sports developed because both recognize the potential to nurture up-coming talent, whilst also supporting the growth of niche sports. EX Sports aggregates sports IP and aims to create an eco-system with real beneficial utility for ‘underdog’ athletes.

About EX Sports
EX Sports is a full circle fan engagement platform centered on an NFT Marketplace, Live Streaming, Gaming and E-Commerce. A core mission is to promote athletes in ‘niche’ sports, such as; Muay Thai, Ju Jitsu, Powerlifting and Street Football, who have huge fan bases but can often be overlooked in comparison to the likes of Premiership players, NFL pros and NBA athletes, who are currently lining their pockets in the new and lucrative world of NFTs and digital collectibles. EX Sports is fighting for these ‘underdogs’.