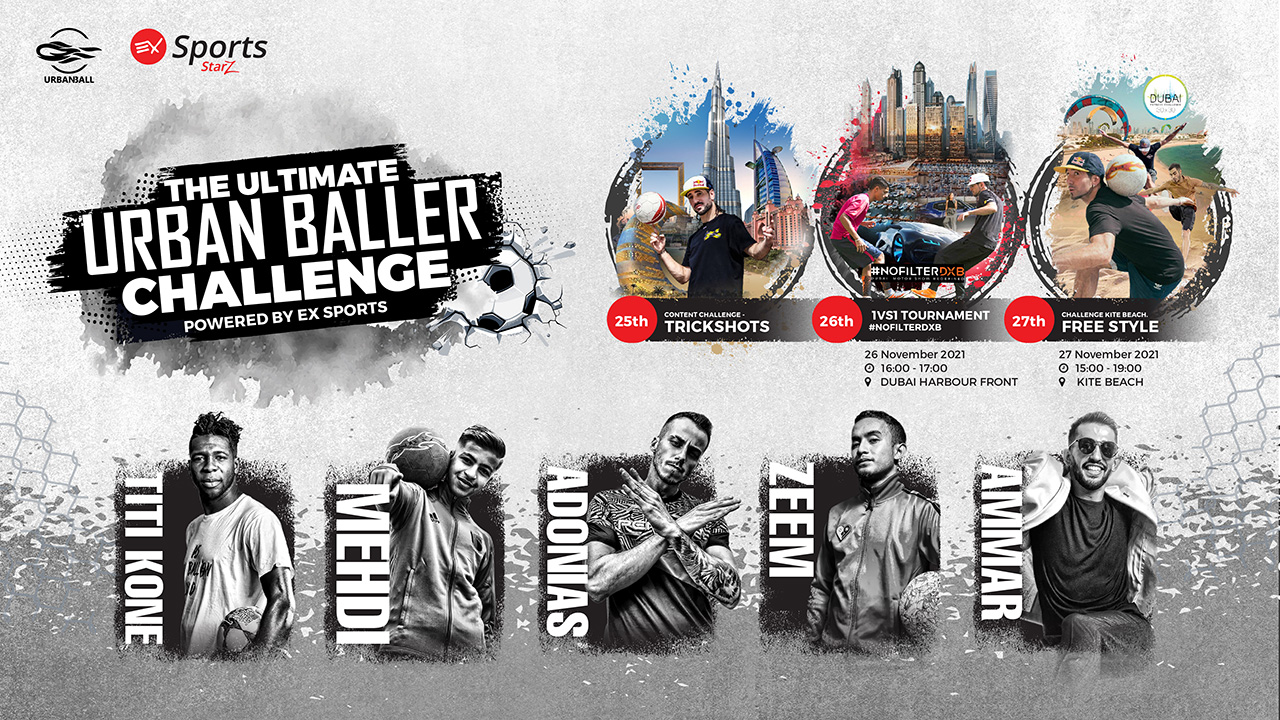 In an initiative of goodwill and to empower the smaller sports communities, EX Sports is thrilled to announce the ‘Ultimate Urban Baller Challenge’ activation. Taking its partnership with Séan Garnier to the next level in a format of a 3-day event that will take place from the 25th till the 27th of November 2021, during the Dubai Fitness Challenge (#DUBAI30X30).

5 upcoming stars that were personally scouted by two times World Freestyle Football Champion Séan Garnier will be playing live and competing against each other in different locations across Dubai. The players include:
- Mehdi Amri, a famous Belgian street football Penna player, and social media influencer, 3X times Belgian Panna Youth Champion, and 2X World Panna Champion;
- Titi Kone from the Ivory Coast, winner of the 2019 African Freestyle Football Championship, with an audience of 200k followers on Instagram;
- Adonias Fonseca, a Brazilian talent, with a unique freestyle football skills in his hometown as well as on the international stage, such as at the official opening between Brazil and Croatia, and the final between Germany and Argentina, at the 2014 Fifa World Cup;
- Ammar Freez, the UAE talent with a 3X UAE champion of football freestyling, and who was a finalist in the well-known talent show, Arabs Got Talent,
- Zeem Ahmad, a Malaysian street player with a history of competing at the highest levels, such as the Copenhagen Panna House International and F3 Asian Championships.

EX Sports, a blockchain-based NFT marketplace that is pioneering the ecosystem of grassroots sports, establishing new revenue and growth opportunities. There is no better way to support niche sports than by partnering with athletes like Séan Garnier, who will pave the way and inspire other emerging talents that are waiting to be discovered and revealed to the world.