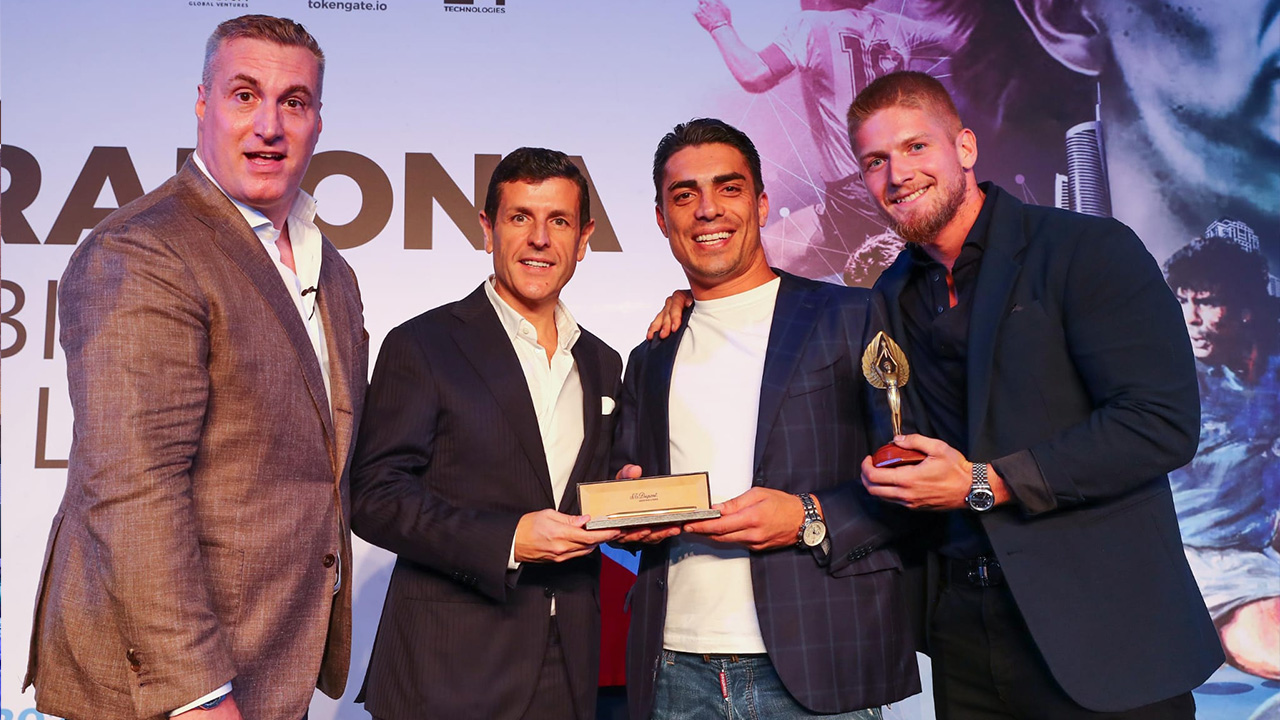 EX Sports is pleased to announce the pre-launch of a month-long non-fungible token (NFT) and physical sales event honoring football legend Diego Maradona, carried out in partnership with CV Labs and the World Football Collection. On October 30th, Four Platinum Edition NFTs based on official Diego Maradona memorabilia were auctioned off together with the physical items, selling for a total of $79,000. The event took place at the DMCC Crypto Center in Dubai, which is currently hosting an exhibition honoring Maradona’s life. Six additional Platinum NFTs, along with a number of limited-edition Gold NFTs, will be on sale for the remainder of November.

The World Soccer Treasure provided and authenticated all of the official physical Maradona memorabilia that had been tokenized into NFTs. The Platinum Edition NFTs are the most exclusive tier, with only 1 of 1 created per item and sold together with the physical Maradona memorabilia it represents. On the 30th October, the Platinum Edition NFTs and physical items that sold were: